The source water for Woodley Range water system is groundwater wells.  The wells have very limited capacity therefore an aggressive water conservation program is required for the water system to maintain a sustainable water supply.  In the dry, summer months the water supply must be supplemented by bulk water delivery to ensure adequate water levels are maintained in the reservoir for fire protection.   The water receives chlorine disinfection before being stored in the 327 m3 water reservoir and fed to the system as required by customers. 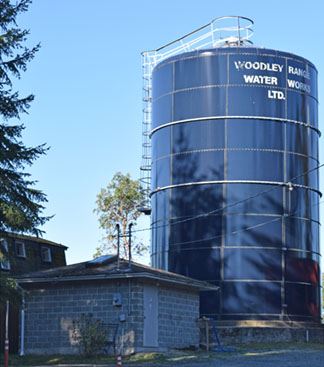 Critical equipment is monitored 24-hours a day for malfunctions, such as high or low chlorine levels or pump failures. if such an abnormality occurs an alarm is sent to the on-duty pager to alert CVRD staff for immediate response.


Due to a limited water system source, Woodley Range water system is under STAGE 3 Water Restrictions throughout the year.


Woodley Range water system is sampled, at a minimum, once a week.  The following table shows the sampling frequency and parameters tested for the water system:
Testing results can be found in the Annual Water Report completed each year

Woodley Range is a fully metered water system and each connection has a water meter that records water consumption. Water meters are read every three months and customers are charged according to their consumption. The low water allotment per property is a reflection of the very limited source water.

*User Fees are mailed out to each customers on the billing date stated above. **Parcel Tax is charged once a year and is incorporated into the property tax for each customer.

1. The property owner has not been granted a leak adjustment in the last five years.

3. Written verification describing the nature of the leakage and the action taken to rectify the problem must be received by the Manager before a leak adjustment will be granted.

1. If the leak is found in the service line, volumes from the two previous years, of the same billing cycle, will be averaged and charged. ie. Average of two previous summers, if leak occurs in the summer.

2. If the leak is associated with an in-home plumbing fixture or irrigation system, volumes from the two previous years, of the same billing cycle will be averaged plus 50% of the incremental water usage (between the average and the overage) will be charged to a maximum added value of $500.

3. Subsequent leaks occurring within the five years of the previous leak adjustment request will be eligible for a cap of $1,500.