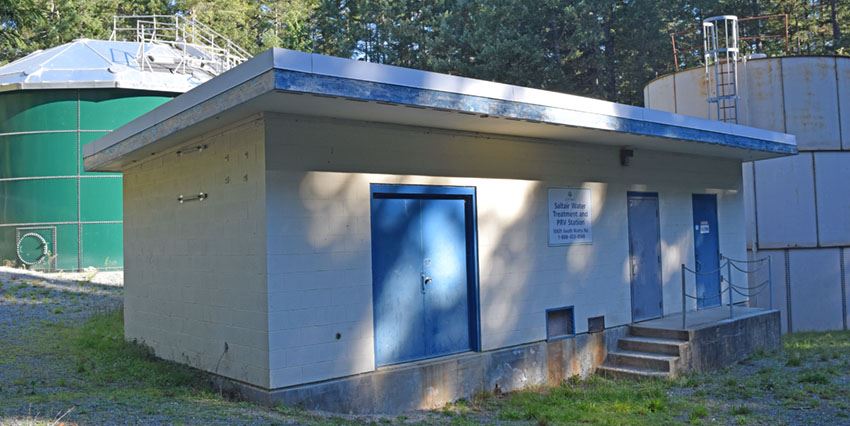 The source of water for this system is Stocking Lake, which is located West of the service area. Water flows from the lake, through the treatment plant, and is then stored in a 819 m3 above-ground reservoir. The water receives both UV-light and chlorine disinfection and is fed from the reservoir to the customers by gravity.

Critical equipment is monitored 24-hours a day for malfunctions, such as high or low chlorine levels or pump failures. If such an abnormality occurs, an alarm is sent to the on-duty pager to alert CVRD staff for immediate response.

To view a map of the 2013-2018 watermain replacement/upgrades click here.

Saltair water system is sampled at least once a week.  The following table shows the sampling frequency and parameters tested for the water system:

Saltair water system is a fully metered water system and each connection has a water meter that records water consumption. Water meters are read every six months and customers are charged according to their consumption and based on the rates set out in the inclined block rate table (see below for details).

*User Fees are mailed out to each customers on the billing date stated above.
**Parcel Tax is charged once a year and is incorporated into the property tax for each customer.