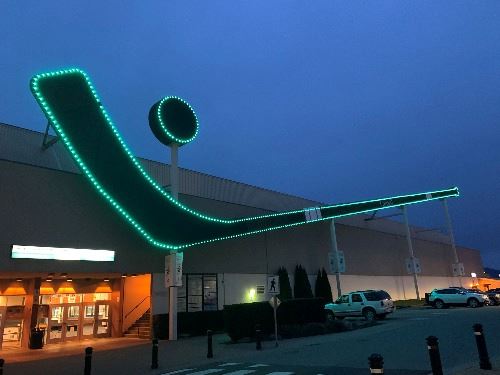 The World's Largest Hockey Stick was originally made for the entrance to the Canada Pavilion at Vancouver's Expo '86. It was transported to Duncan in 1988 and dedicated to the Cowichan Valley Regional District in 1994. It rests against the exterior wall of the Cowichan Community Centre's Cowichan Arena.

"The Stick" was authenticated in the 2010 Guinness Book of Records, and is represented in the Resource Centre, part of the Hockey Hall of Fame in Toronto, Ontario, Canada.

Colour for a Cause

In 2019 the lighting on the ’Big Stick’  was upgraded to allow for colours and patterns. The stick and puck now have a total of 665 LED lights. Colours and patterns are used to acknowledge events at the centre, holidays and awareness days throughout the year.

Request to light up the World’s Largest Hockey Stick in your organization and/or causes colour(s).

Check out the WHLS Lighting Schedule - if you do not see your cause listed please fill out the REQUEST FORM. 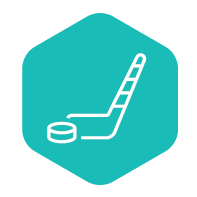 Light Up the
'Big Stick'
in your Colours!